If your escort's name is not found, you might have spelled it wrong or the escort may have opted not to receive testimonials for their profile
TESTIMONIAL FROM M666E
Date published: November 30, 2016 at 3:55 pm
Read all testimonials written by M666E 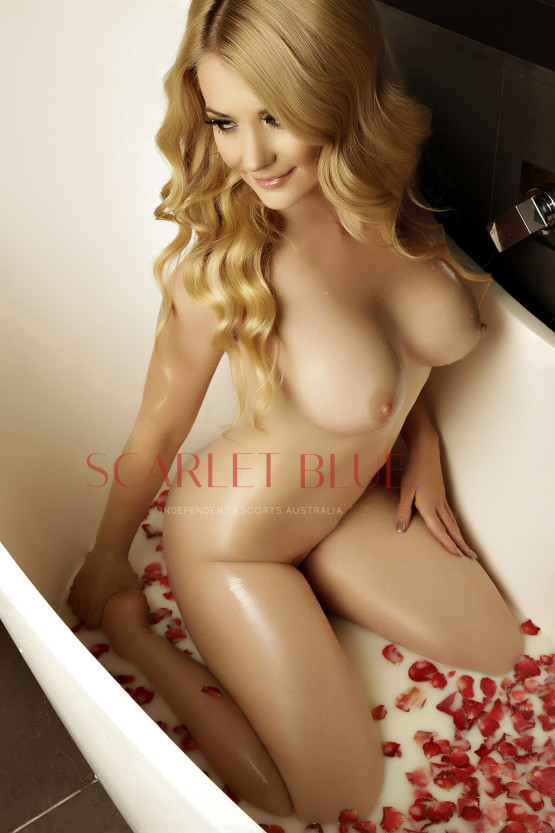 Well this is my second meeting with Summer for the week. (She is my number 1). Thursday for a threesome with the pocket rocket Inga Nord (not reviewed due to it being too HOT). And now the foursome encounter from Sunday night with Inga and the very young and sexually charged Cece Reign (see below).
Well I had had three wonderful days at Sexpo and was relaxing in my room when there was kind of a knock at the door and next thing I know is these three blonde bombshells let themselves in and attack me with the most wonderful hugs and kisses. Uniting these three ladies was a stroke of genius.
We stood and chatted for a bit when Summer decided to literally rip my Velcro sided red silk boxers off to help get the party started, only to reveal a funny Christmas themed g-string with mistletoe on it. WELL it did not take long for them to also come off and the kissing of what was under that mistletoe . We all got naked and ended up in the bed entwined in each other's arms and some between the legs.
I was lucky enough to be going down on Cece with Inga caressing my body with her sensual touch while Summer had a quick shower when Inga decided it was her turn to be treated to my well know tongue amongst my favourite girls. So who was I to deny her.
Swapping places with a few sneaky kisses between us all, and I had Inga's very tasty pussy there for the taking while Cece took my manhood into her very soft lips and gave me what was the first of many heavenly blow jobs from the girls that night. Inga sat there on my face and rocked back and forth, arching her back in extasy. Losing my mind Cece bought me to climax just as Inga went wild as we both seem to reach that point simultaneously.
Almost forgetting Summer was there watching the whole time. We sat and chatted for a bit while I recouped, but we kissed and touched which soon progressed into Summer now being pleasured by my tongue with Inga and Cece being ever so cute while kissing each other.
I'll describe one last thing we did that night, but the whole evening was so fluid and I love spending time with each of these girls and it was great to see they all got along so well.
So although I have had many "multi-somes" there has always been a position I had never been able to organise, so I asked and received it this time. I have always dreamed of having a girl being fingered by me by each hand with a third either cowgirl style or giving me a blow job.
To have the young and ever so cute Cece on my left and the hot tattooed pocket rocket Inga on my right AND my number one girl Summer sucking my cock....I was ready to die right there and then, although I don't think heaven could even come close to how I felt right at that moment. With Summer enjoying what she does (and at times will throw a tantrum if she doesn't get to suck my cock ) and having Cece and Inga moaning to the fingering they were getting and watching the two of them steal kisses with each other right in front of my face and getting them to steal some deep French kisses from me as well was almost more than I could take....but I did and dont regret one minute of our time together that night.
Once again we paused to lay back in each other's arms, had a few more very passionate kisses and our time came to an end.
I adore these three ladies separately, but bringing them together was so, so much fun.
I hope to continue seeing them, Darwin is a long way for them to come, but we always find a way.
Ladies...till we meet again. And punters of Australia, please look after them till I get to see them again.
Signing off
Your number 1 client, your future bedtime caressing machine and your Sexpo toy shopping buddy (you know which is which).
Summer Knight
Sydney escort