If your escort's name is not found, you might have spelled it wrong or the escort may have opted not to receive testimonials for their profile
TESTIMONIAL FROM MM
Date published: February 21, 2017 at 9:33 am
Read all testimonials written by MM 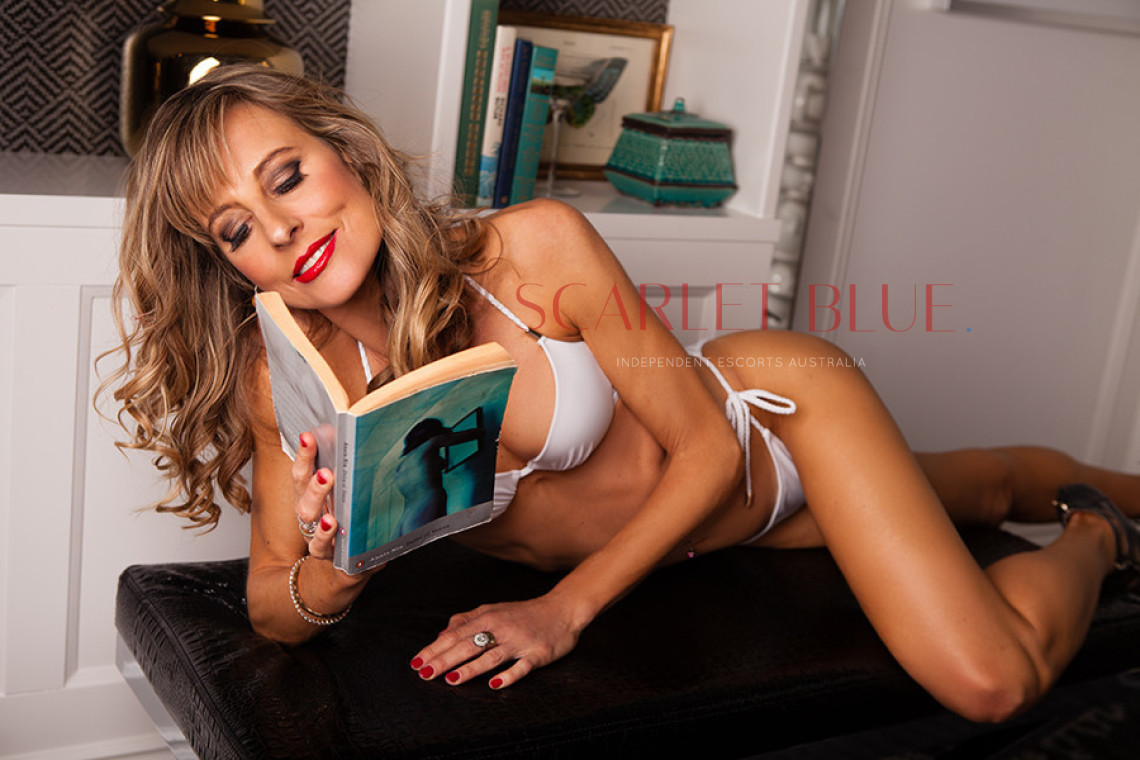 After months of anticipation and two false starts (plane problems!!), here I was waving goodbye across a narrow aisle to the only person who could get me to jump out of a perfectly safe plane. Through the open door in front of us, Alexia and I could see we were flying through the lowest clouds 12,000 feet above the ocean. It was cold and noisy and exactly where we both wanted to be.

Almost time to jump and we smiled at each other. Alexia was casual today in blue-jeans but still as beautiful and graceful as ever. We were tandem jumping so we each had a friendly man strapped to our back. They pointed out landmarks, answered questions and generally made sure we wouldn’t die free-falling at 210 km/hr…

Now!! As I left the plane my friendly man somersaulted us. I had a glimpse of the plane above me and then I was falling. Miles above the ocean with such an incredible view!!! Almost a minute later the parachute opened and suddenly it was quieter, almost peaceful. Looking around, I could see Alexia steering her parachute through a turn.

We spent a few minutes drifting, trying to take everything in. It didn’t feel like falling and we landed on the beach so overwhelmed I can only remember the next couple of hours in snapshots. We hugged and congratulated each other, Alexia shone. We went back to the airport for our souvenir videos, miles of smiles. We had a delicious lunch at a beachfront cafe and had to go back there later for the stuff we forgot. We were amazing!!

Both of us love the ocean so we had to swim! With blonde hair slicked over her shoulders and dark eyes smiling, Alexia was in her element. We rested on the beach then swam again. The taste of saltwater on her soft lips has stayed with me. After such a high intensity morning it was a perfect afternoon.

The drive to Alexia’s gave us time to really talk. She’s insightful and intelligent and my respect for her keeps growing. It was almost dark when we got the chance to toast our day. We started with Pepsi Max (because it tastes good, that’s why!) then moved on to Georgian red wine. Although I was smiling from the wine and the company I was exhausted and didn’t think I had more emotions left in me, but Alexia proved me wrong.

Our evening was candlelit, with whispers and luxurious, decadent touches. The day’s adrenalin and companionship heightened the passion in those shared moments and I was free-falling again. Then there were the quiet moments when you become two people once more and realise how fortunate you are.

Alexia made more than just my spirit fly. A friend and lover, a wind from the east - Alexia is a gracious, sophisticated and passionate lady.

BY Paul
I recently met Alexia for a two hour visit and enjoyed myself so much that we arranged a three hour... Read More.
BY BLB
Massage Day Not long ago, Alexia and I had another massage day. We also have one booked for my bi... Read More.
BY MM
Adventuring with Alexia After months of anticipation and two false starts (plane problems!!), her... Read More.
BY SSS
During the last twelve months I’ve learned to appreciate Alexia’s insight and kindness and our visit... Read More.
BY Aramis
I’m a regular client of Alexia’s. Writing that made me smile, her other regulars will understand :)... Read More.
Read all of Alexia Courtesan's testimonials